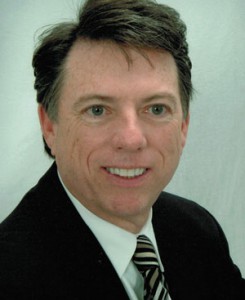 Richard Duell, Managing Member of Duell | Law, has earned a nationwide reputation successfully representing both franchisors and franchisees. Richard distinguishes himself from those in most law firms, who generally have experience representing only one side in the franchise industry. His knowledge of both sides of the franchise model enables him to explain the intricacies and dynamics of franchise law to our clients and apply that knowledge and experience to our clients’ advantage.

Richard consults regularly with franchisors considering expansion both within the United States and Internationally. His expertise helps franchisors adhere to franchise relationship laws, and comply with disclosure and franchise registration and renewal registrations throughout the United States. He represents various franchise clients from the east coast to the west coast. When franchise disagreements occur, Richard assists clients by first carefully identifying the problem, and when necessary, resolves disputes through mediation, arbitration or litigation.

With 35 years of franchise law experience, Richard has been rated “AV” for more than 25 years by Martindale-Hubbell, the highest possible rating from this universally recognized rating source. Richard has authored numerous franchising articles and speaks often on franchising law. He is also the author of the monthly newsletter Franchisor Alert® which features franchising articles and provides valuable insight for emerging and mature franchisors.

Richard received his Doctor of Jurisprudence at Samford University’s Cumberland School of Law and his undergraduate degree in Business Administration from Auburn University. He was selected to be on the panel for the International Franchise Association (IFA) Expo in Washington, D.C, speaking on Multi-Unit and Multi-Concept Franchising, sponsored by Franchise Times. Richard has been voted as one of Birmingham’s top attorneys for numerous years, selected by his peers for recognition as Best Attorneys in Alabama, Best Lawyers in America, Best Law Firms by U.S. News and World Report and was chosen for the Honors Division of the Worldwide Registry (Franchise Law).